END_OF_DOCUMENT_TOKEN_TO_BE_REPLACED

AirAsia has apologised after its advertising campaign was labelled “harmful” in Australia.

The advert containing the phrase “Get off in Thailand” was posted around the city of Brisbane to promote the airline’s direct route to Bangkok.

Collective Shout, a grassroots campaign movement against the objectification of women claimed that the advert was promoting sex tourism in Thailand.

Melinda Liszewski, a campaigner at Collective Shout spotted the adverts on a Brisbane bus and posted the image to social media.

She accused the airline of “promoting sex tourism.”
END_OF_DOCUMENT_TOKEN_TO_BE_REPLACED 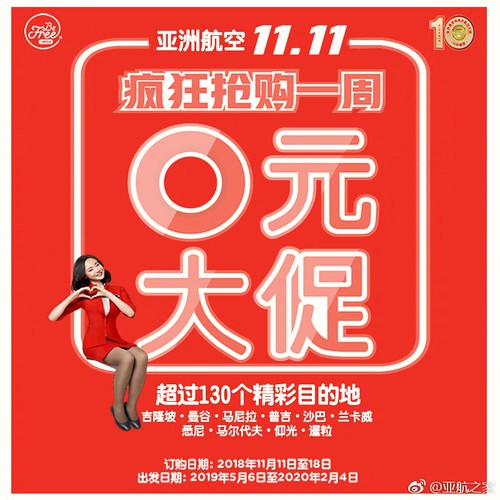 KUALA LUMPUR: AirAsia Bhd is moving closer to setting up a joint-venture (JV) budget airline in China, having entered into a non-binding term sheet with China Everbright Group and two other companies on Friday last week.

In an announcement to Bursa Malaysia on Monday, the low-cost carrier said the term sheet, whose signatories included Singapore-based Plato Capital Ltd and Oxley Capital Ltd, intended to confirm the parties’ interest in forming the JV and contained supplementary information to an earlier memorandum of understanding (MoU).
END_OF_DOCUMENT_TOKEN_TO_BE_REPLACED