Tropical Depression 22W formed east of the Philippines on Monday and could become a typhoon later this week.

Warm ocean waters along with low wind shear will allow TD 22W to better organize over the next 24 hours. By Tuesday or Wednesday, TD 22W will become a tropical storm and take the name Fitow.

The storm is expected to continue to strengthen as it tracks northward during the middle of the week over the open western Pacific Ocean. 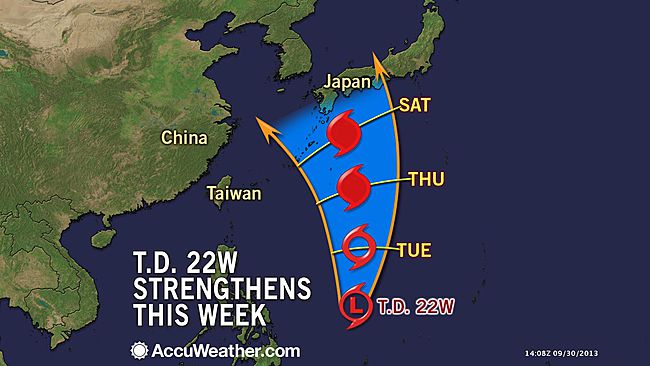 There is a high potential that this new tropical system will reach typhoon status as it tracks off to the north and northwest toward southern Japan later this week.

High pressure will build to the north of Japan this week and this will eventually begin to steer the tropical toward the northwest later in the week. This projected track will result the center of the storm either passing through the northern Ryukyu Islands or into southern Japan this weekend. 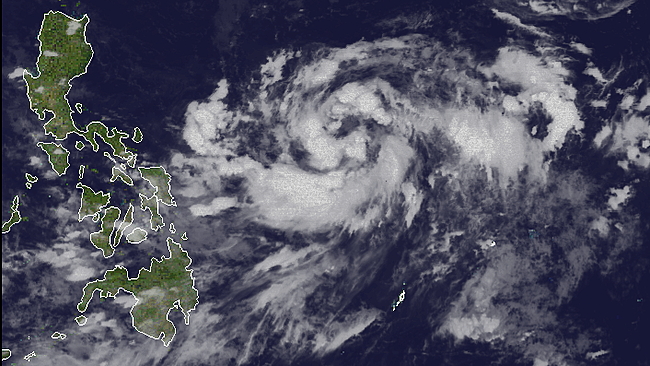 Satellite image of Tropical Depression 22W to the east of the Philippines on Monday, courtesy of UW-CIMSS.

If the storm tracks into southern Japan, it would likely weaken as it interacts with the rugged terrain, but also bring the threat for flooding and mudslides along with damaging winds near the coast.

If a track farther south unfolds, then only minimal weakening would be expected and then another landfall in either northeastern China or the Korean Peninsula would be possible.

This would result in some flooding and mudslide threat across Japan as moisture is pulled into these areas, but the heaviest rainfall and greatest threat for flooding would be closer to wherever the storm makes land.